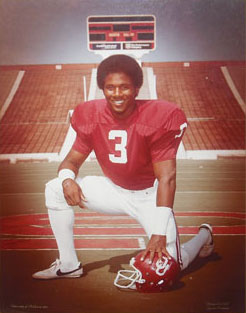 Before there was BBQ, there was football. And boy was restaurant founder Darrol Ray good at it. From 1976-1979, Ray played as safety and punter at the University of Oklahoma, under the direction of legendary coach Barry Switzer.

His accomplishments as an Oklahoma Sooner included being a four-year letterman, two time 1st team All-Big Eight and 2nd team All-American. He played in the Hula, Senior, Orange, and Fiesta Bowls. He was also named to Oklahoma’s All-Decade Team.

In 1980, Ray entered the NFL Draft and was selected by the Jets in the second round. In an article on Bleacher Report by Rocco Constantino, during his five season career with the Jets, he managed 21 interceptions, recovered five fumbles, and scored five touchdowns. 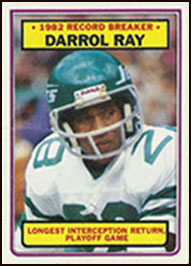 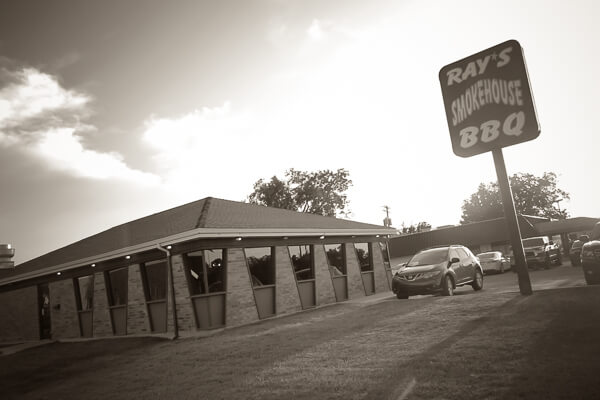 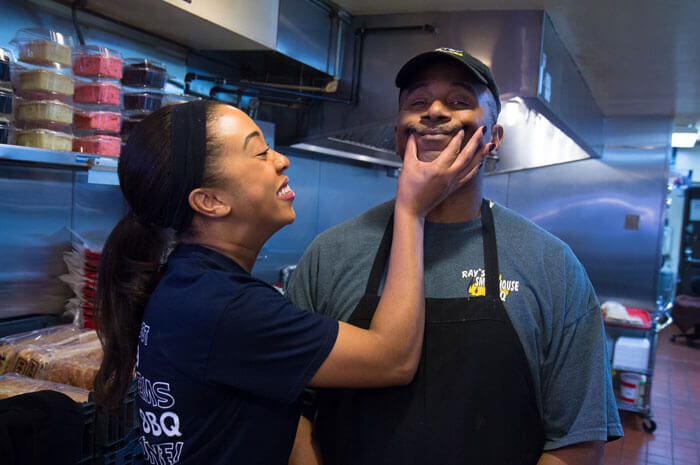 After a successful football career, Ray returned to his roots in Norman, Oklahoma, and later opened up Ray’s Smokehouse BBQ on September 17, 2008. The building, which used to be an old Pizza Hut, was completely transformed and now includes photos along every wall with football players, coaches, and visitors.

For the first few months, the restaurant was open every day, including holidays, as it slowly evolved. Then one day an ad was placed in the Norman Transcript and BOOM!, there was steady growth after that. Ray says that word of mouth was incredibly important to the growth of the restaurant.

Ray runs the restaurant with his wife, Diane, and his daughter, Kendall, and together they treat every employee and customer like a member of their family. It’s not uncommon to see Ray walking around during the lunch or dinner rush and talking to customers to see how they are enjoying themselves. You might even catch him for an autograph if you’re lucky!

The restaurant is famed for its southern hospitality, family atmosphere, and most importantly, its tasty BBQ. “We do brisket very well,” Ray said. “We do ribs very well. Our motto is a rib so tender, you don’t need teeth!”